We have an exciting century of sleeping culture under our belts. Because for 100 years now, developing bedding that supports the best possible sleeping culture has been the focus of our business.

In 1921 billerbeck began manufacturing fully handmade quilts. Since then, the billerbeck family business has developed into a medium-sized global market leader that manufactures its high-quality products at three specialised production sites in Germany, Hungary and Switzerland.

For generations, we have successfully produced bedding of excellent quality with a great deal of craftsmanship and technical knowledge.

As a truly international bedding manufacturer, the billerbeck brand will continue to stand for a variety of high-quality bedding products in the future that stay true to our company philosophy A GOOD DAY BEGINS AT NIGHT®.

Discover the detailed billerbeck company history in this PDF:
billerbeck-company-history-100-years-sleep-culture_1921–2021 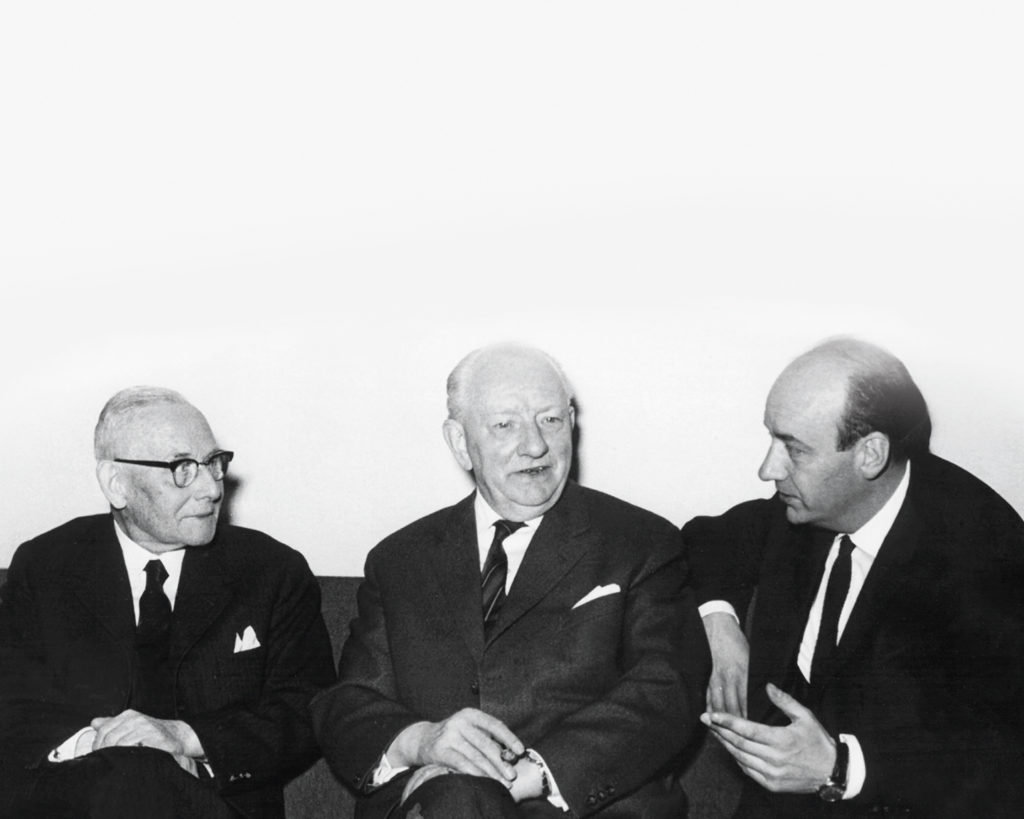 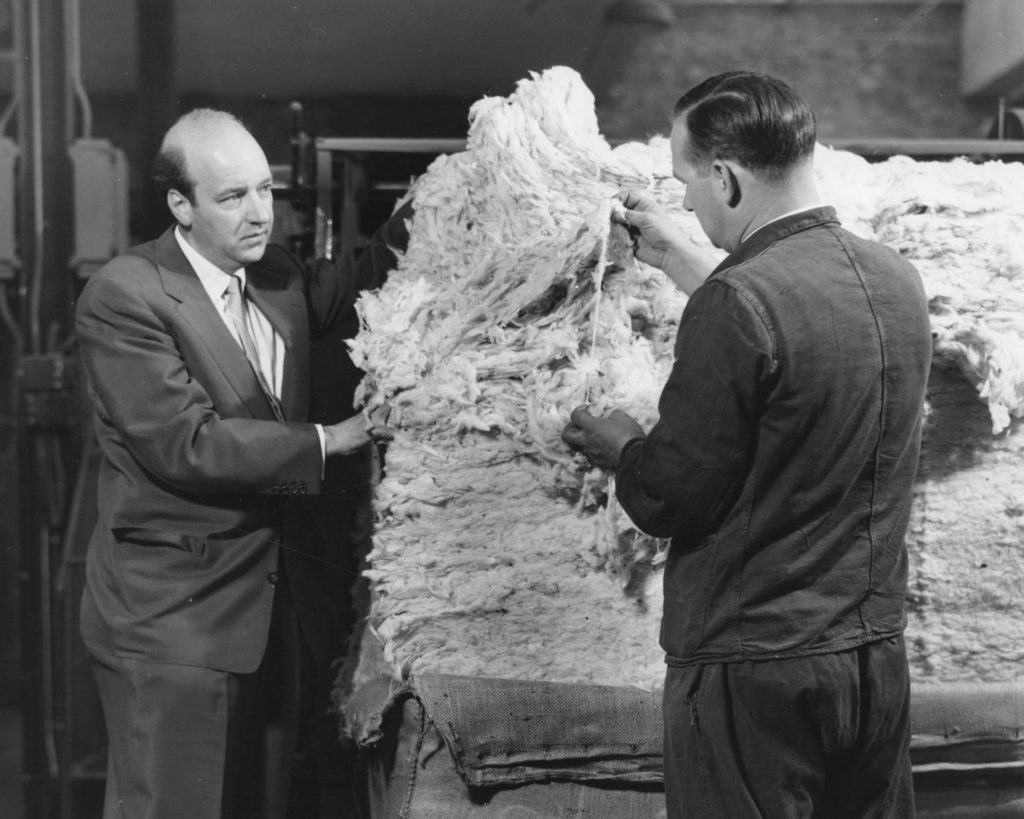 From the very beginning, the quality of the products took centre stage. Every step from processing raw materials through to the finished product are carried out in within the company. The company successfully sets itself apart from the competition through its outstanding product authenticity. The “Rein” trademark introduced at that time underlines this and sets the standard for the entire industry. 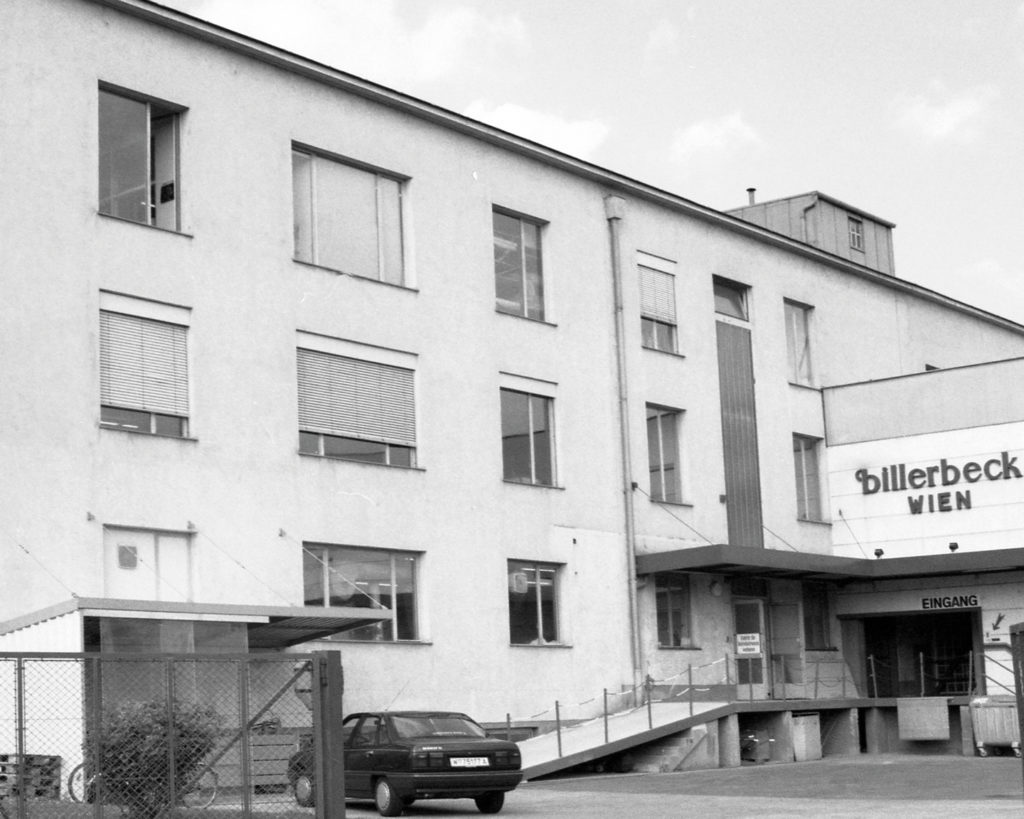 Branch established under the name Reforma-Werke Wien on August 1, 1955. 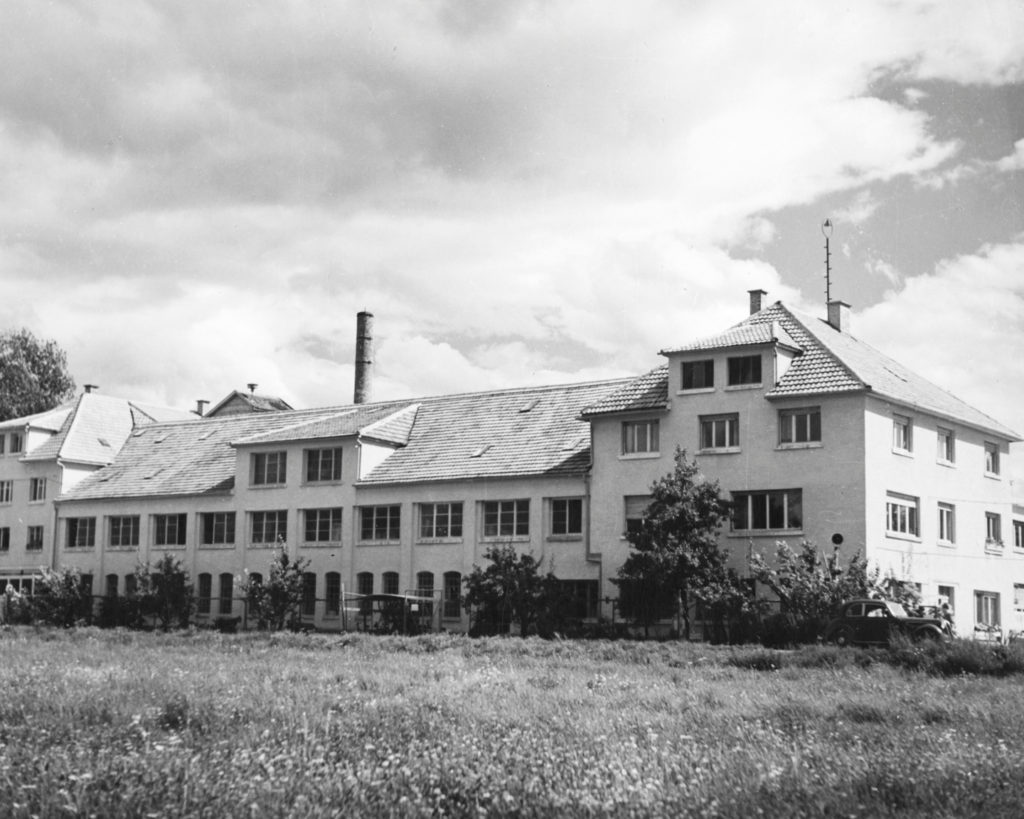 To shorten the delivery routes, planning began in the mid-fifties for the company’s own production factory for southern Germany. The current Kraichtal-Münzesheim location turned out to be an ideal location and so a factory was opened here on August 20, 1956. Today, the site is the headquarters of billerbeck Betten-Union. 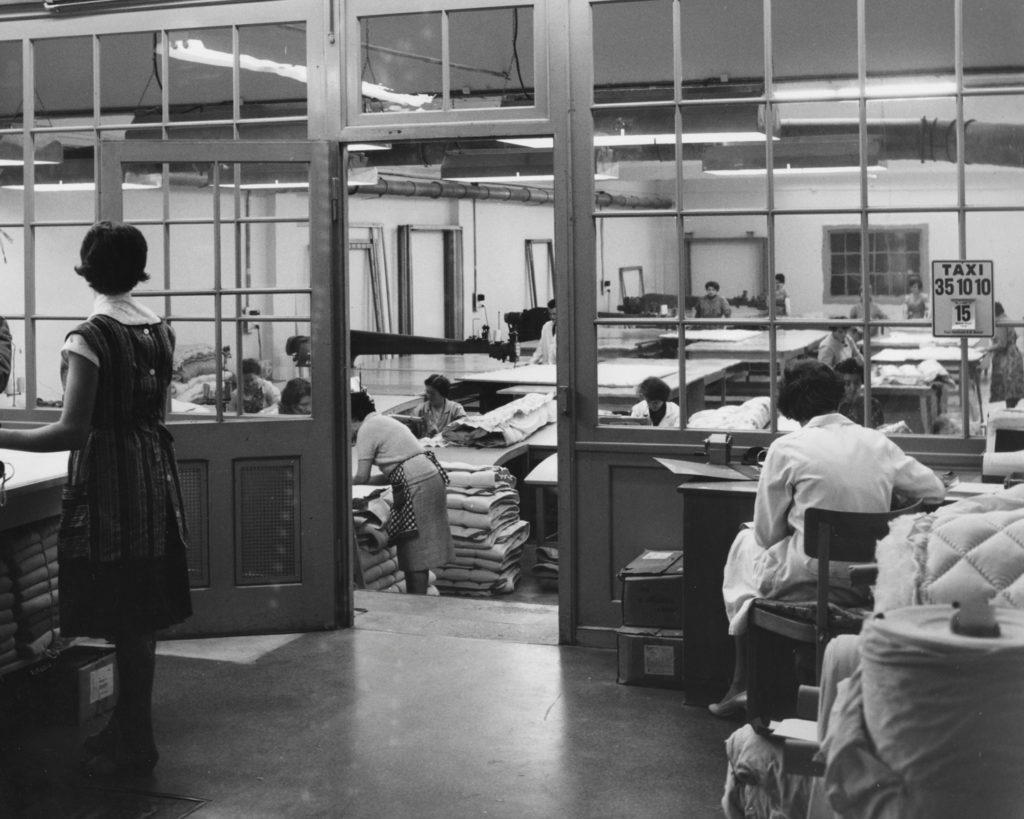 Another location was founded in Basel in 1957. billerbeck Schweiz AG is now based in Fischbach-Göslikon near Zurich.

In addition to the billerbeck core range, billerbeck Switzerland also sells high-quality bedding products under the Dauny brand. The Dauny brand has become an established name in the Swiss market and remains the market leader. 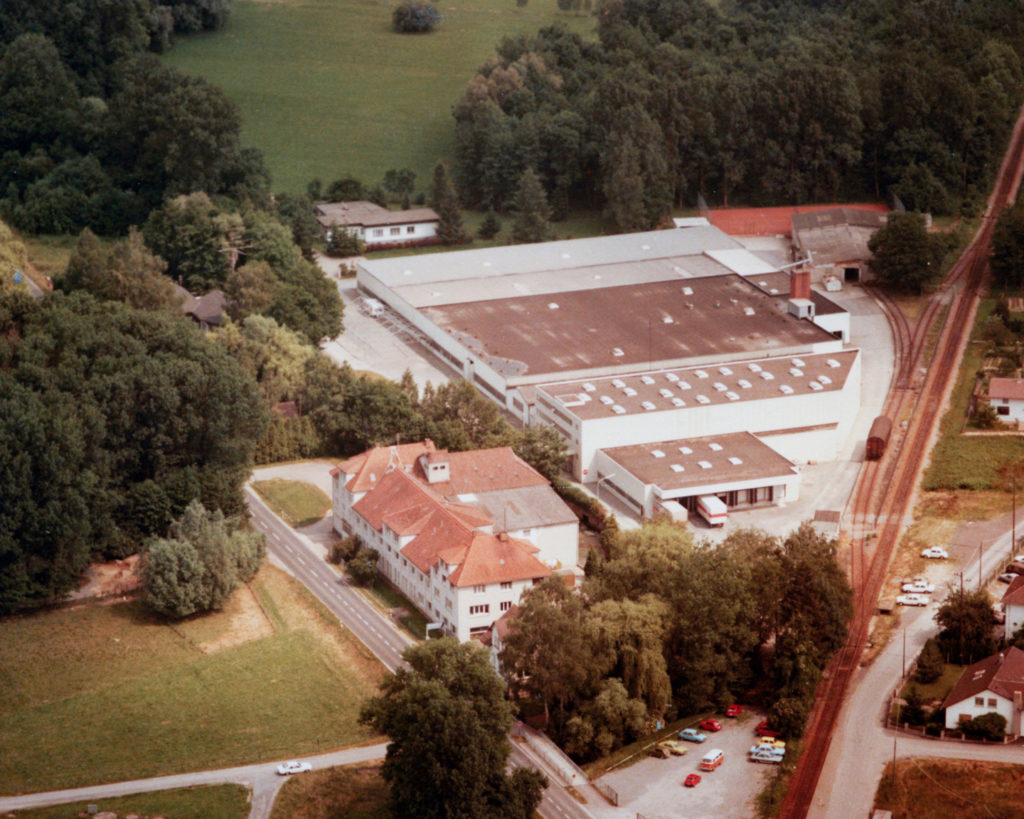 On 13 December 1968, a major fire destroyed large parts of production facilities at the billerbeck headquarters in Wuppertal. The damage was so severe that the company decided against rebuilding these sections in Wuppertal and instead continued to expand the Kraichtal-Münzesheim site. In 1981, production at the Wuppertal site was eventually discontinued altogether. 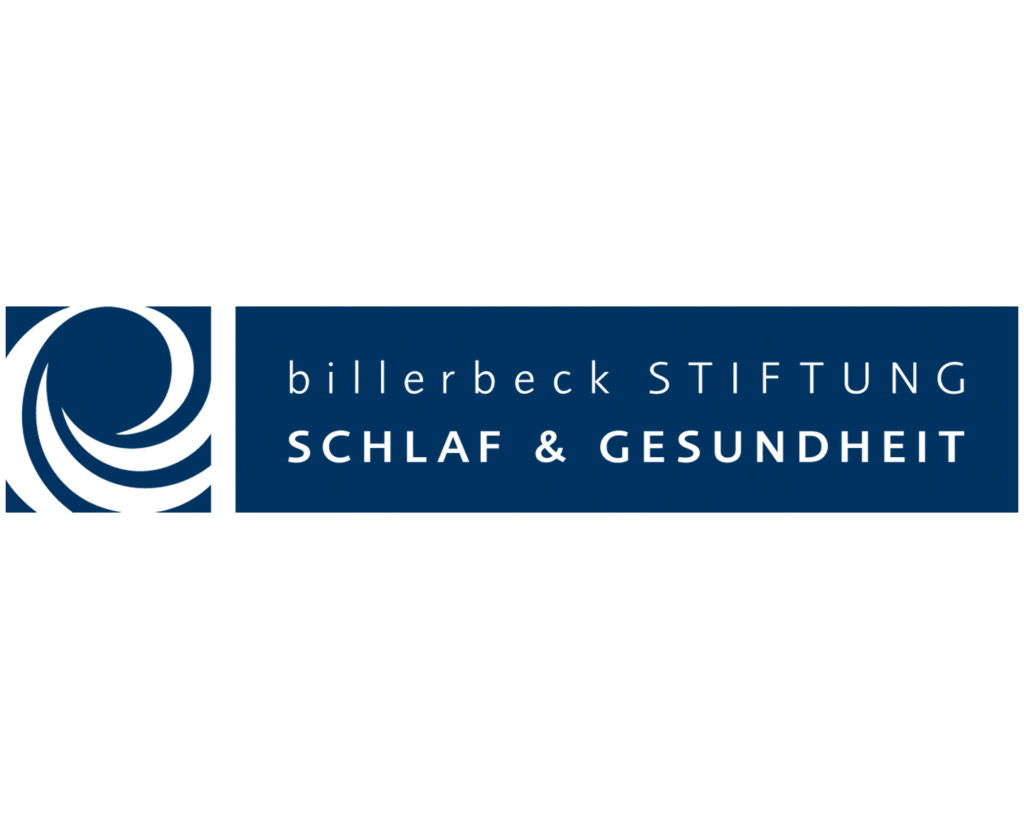 At the beginning of the 1920s, the company’s founders were already heavily involved in researching healthy sleep. In collaboration with various institutes, scientists and doctors, billerbeck made great strides the field of sleep research and played a significant role in the development of sleeping habits and modern-day bedding. On 25 June 1984, the billerbeck Sleep & Health Foundation® was established in recognition of the decades of research work. 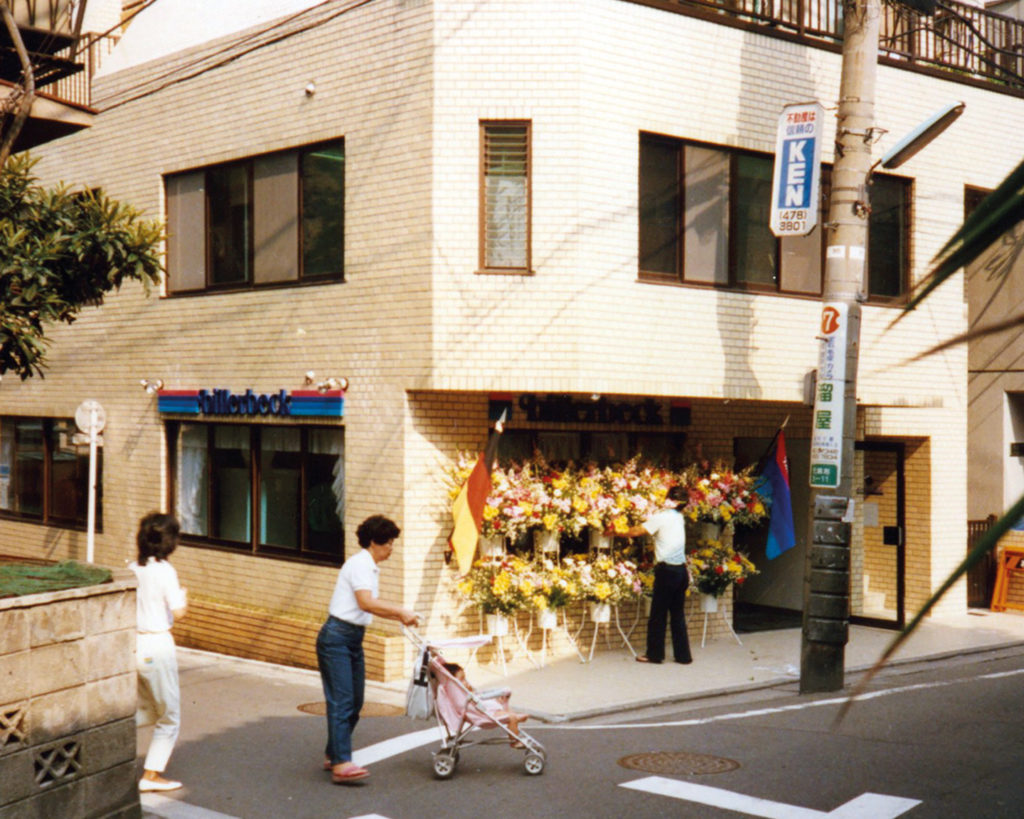 The Japanese subsidiary billerbeck K.K. was founded in November 1986 and the company thus paved the way for sales on the Asian continent. 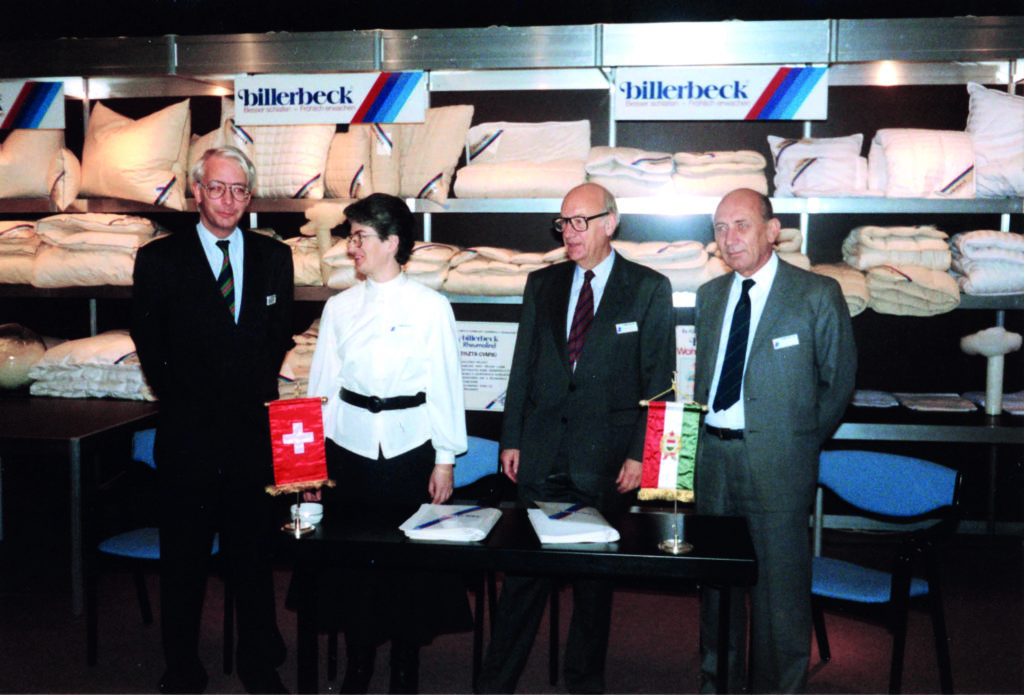 With the expansion of the down quilt production, the location in Hungary ended up being the best choice for the purchasing high-quality down and feathers: in 1989, a cooperative partnership led to the establishment of billerbeck kft. Budapest. Through regular investment in state-of-the-art manufacturing facilities, the location has become an outstanding example of producing the finest down bedding. 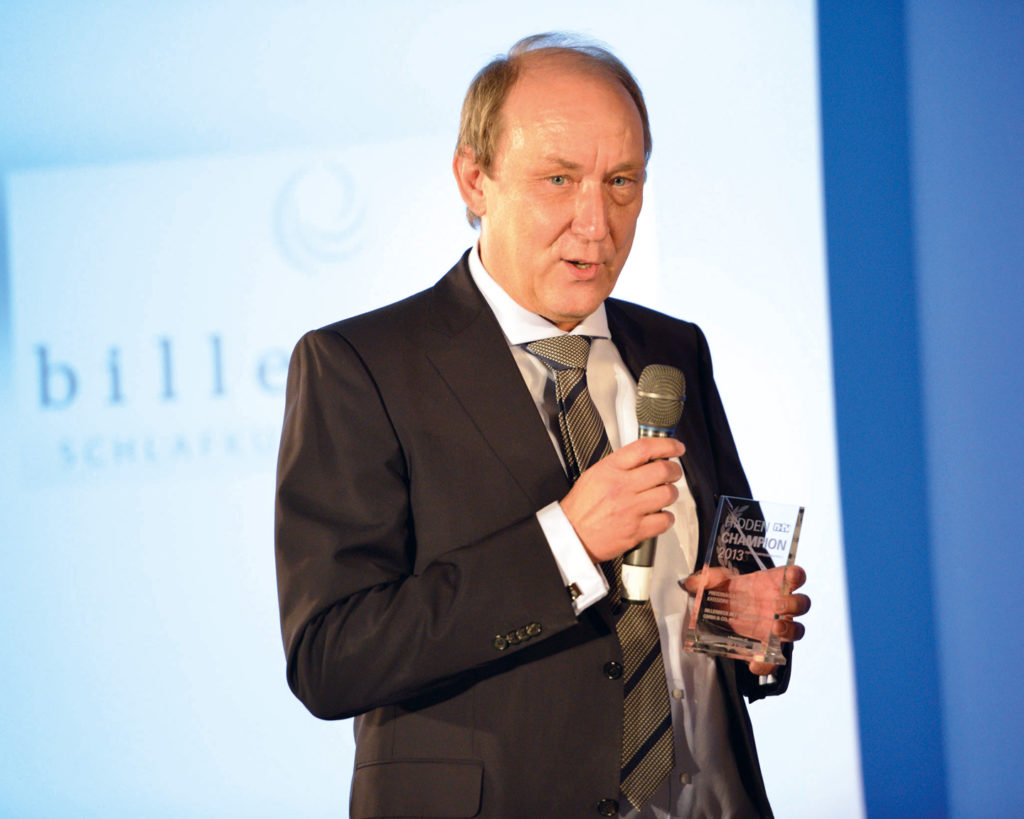 In November 2011, billerbeck was awarded the Hidden Champions Certificate by Prof. Hermann Simon as a medium-sized global market leader in the bedding segment. 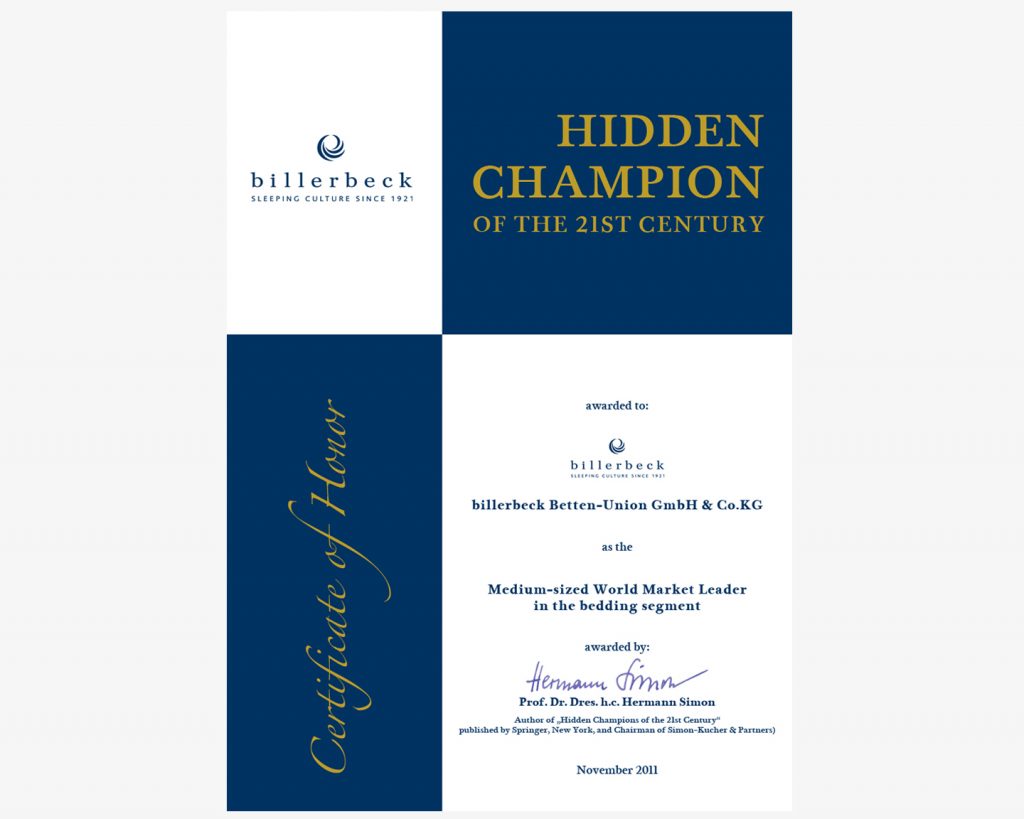 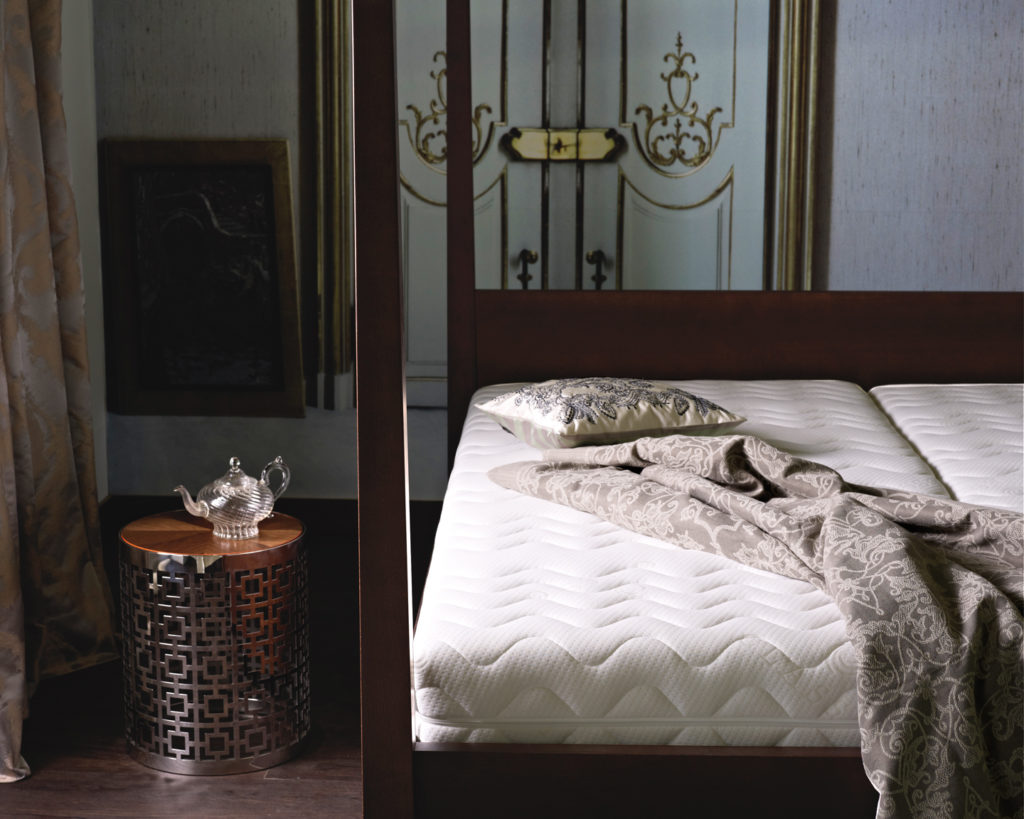 The billerbeck Home Collection brand was established and thus the product range was expanded to include mattresses and bed frames or slatted frames. With these new additions, billerbeck started to offer a complete range of bedding to provide everything you need for healthy sleep. 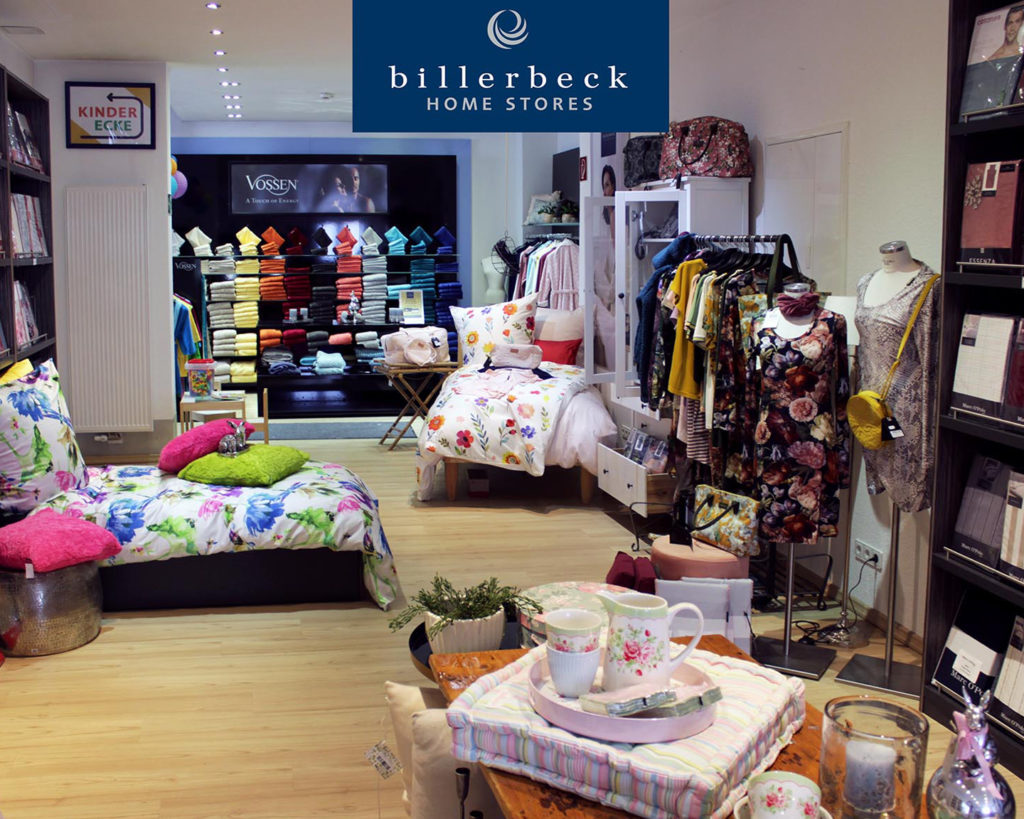 In 2015, the first two flagship stores opened under the name billerbeck Home Stores in Kraichtal and Stuttgart. These stores have everything you need to make your home comfortable. In addition to a wide selection of bedding such as blankets, pillows and neck support pillows, there are also mattresses and bed frames to provide the complete package for a comfortable bedroom. 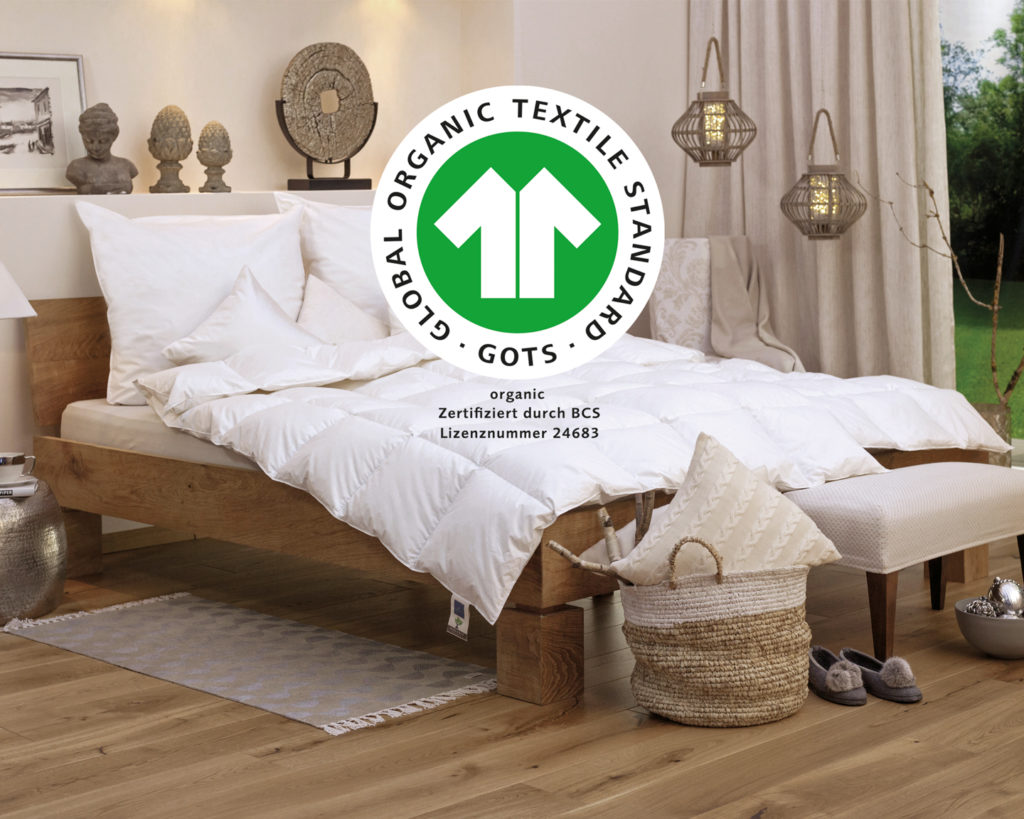 Having introduced a strictly organic range, billerbeck was carrying out pioneering work in the bedding segment. Only natural materials grown under or livestock raised under controlled natural conditions are used. The GOTS certified organic range, which is manufactured using resource-friendly production methods, includes duvets, pillows and neck support pillows as well as a topper and a mattress. 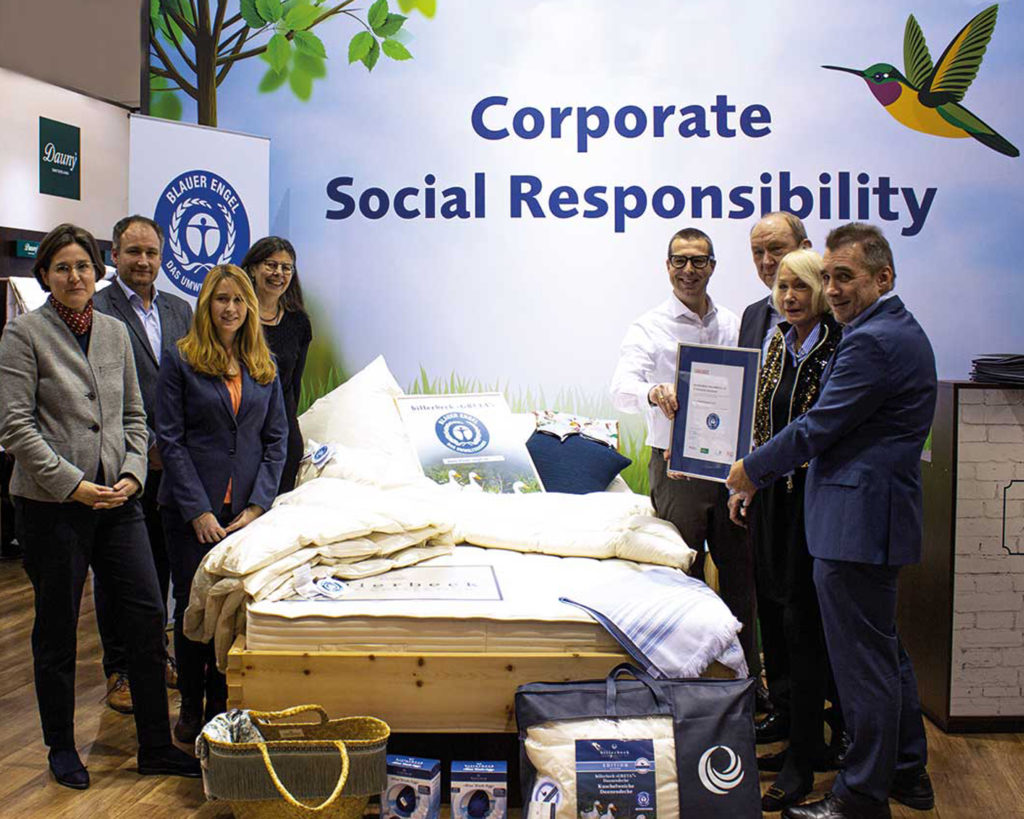 Companies assume Corporate Social Responsibility by integrating social issues and environmental protection into their business activities on a voluntary basis. For billerbeck, this means responsible business conduct that goes beyond purely legal requirements. Naturally, we believe in active and conscious management along the value chain, with respect for employees, customers, suppliers and give careful consideration to the environment, nature and animals. 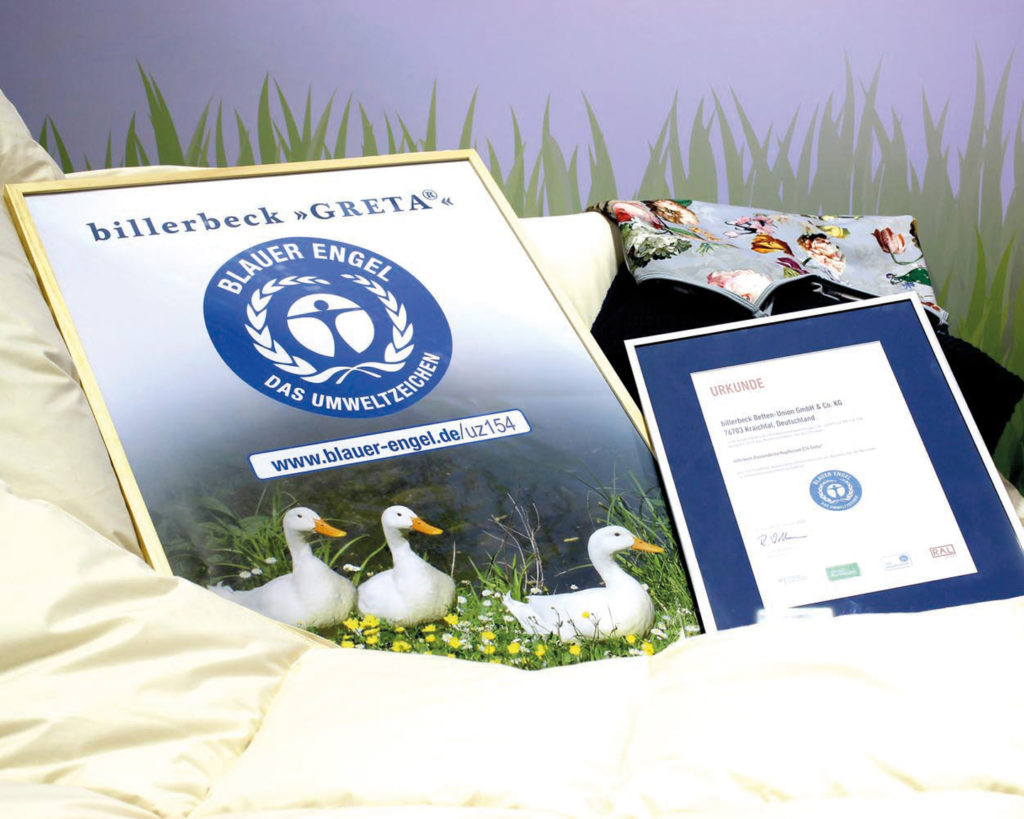 The GRETA® series is another significant milestone in billerbeck’s commitment to sustainability. This range has proudly carried the German government’s Blue Angel eco-label certification since 2019.

billerbeck International AG Scheiz founded in Basel. Currently based in Fischbach-Göslikon near Zurich.

A new sleeping culture “Nordic Sleeping” took off. Sleeping without a top sheet and woollen blanket became the norm.

After decades of research, the billerbeck Sleep and Health® foundation was established.

Inception of the Dauny brand at Lenzburg Castle.

Opening of the factory shop at the production location in Fischbach-Göslikon.

Downpass and Responsible Down Standard certification, these two quality seals guarantee transparency and traceability in the down supply chain.

Everything to do with sleeping: the billerbeck Home Store. Experience a new way of sleeping – in the newly designed billerbeck experience at the production location in Fischbach-Göslikon.

Relaunch of the SWISS DREAM brand by billerbeck – Swiss quality without any compromises, down duvets and pillows.

Presentation of the billerbeck PERFORMANCE range, the most effective and functional bedding range in Switzerland.

billerbeck Betten Union GmbH. The owner, Gerd Billerbeck, showed interest in Hungarian goose feathers and down and thus also in the Budapest Garment Company, where he had been producing quilts and cushions since 1977.

The first long-term cooperation agreement was signed in April.

billerbeck products were sold for the first time in Hungary in the Skála metro in Budapest, introducing the brand name and unparalleled quality. In addition, Hungarian customers were benefiting from about 60 years of experience in sleep research.